Morten Innstrand has worked extensively within dance education on all levels and is much used in an advisory capacity on several Danish and international institutions.

Morten Innstrand is educated from Balettakademien Gothenburg and has a long line of choreography and leading artistic work behind him. He is the choreographer behind the success performances “Verdenshistorien”, “Hair” and “Elsk Mig i Nat” at Østre Gasværk Theatre in Copenhagen, “Carmen” at Sandnes Culture House in Norway and “Leva Livet” at China Theater in Stockholm, Sweden amongst others. Additionally, he directed the opera “Aria” at Operaen i Midten and offers ongoing artistic guidance and coaching at performances all over Denmark.

Morten Innstrand has worked for 24 years as a professional dancers with a long list of choreographers and theaters in Denmark and Sweden. He has worked with choreographers such as Mats Ek, Birgit Cullberg, Jiri Killian, Rami Be’er, Per Jonsson, Philip Blanchard,Vlado Juras, Christina Caprioli and danced at the  Danish Dance Theatre, Dance Theatre Thalia and Östgöta Baletten, Granhøj Dance, Dance Kreutzmann, Lix, Living Creatures and Micado. He danced Gurn in “La Sylphide” by Alexander Kølpin and a leading role in “Triumph of Death” by Flemming Flindt and Vivi Flindt. 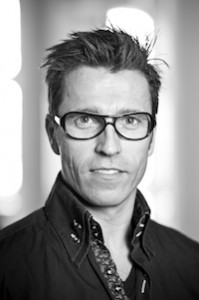 Since 2005 Lotte Sigh has, alongside her career as choreographer, been the artistic director of Copenhagen Contemporary Dance School an been affiliated with The Royal Danish Ballet as a teacher, censor and choreographer.

Lotte Sigh has been commissioned to choreograph for numerous international artistic collaborations. She has choreographed for companies, theaters, festivals, museums, films, TV and operas. She has created works for the Royal Danish Ballet in Copenhagen and Odense, Pantera Chamber Ballet in Russia, Intradance in Russia, The Dance Company of the Regional Theatre West in Sweden, D-CAF in Cairo and Dies De Dansa in Barcelona, National Gallery of Denmark, Operaen i Midten in Denmark, Campnorr in Copenhagen, KHIO in Oslo.

As a teacher and choreographic coach she has taught at The Royal Ballet Summer school, KHIO in Oslo, Dansehallerne in Copenhagen, University of Stavanger, Theater Region West in Sweden, PRODA in Oslo, The Bartholin Seminar at The Royal Danish Ballet, Ballet Academie in Lyon, Contemporary Dance Festival in Kazan in Russia and a number of company classes. She is regularly assigned as an external examiner to numerous examinations at other educational institutions.

Her works develop and play with a world of nuances of the art of dance working with precision and instinct luring around every corner. Her point of departure is often inspired by the traces the world leaves in human beings and the relationships that occur between us as individuals and between groups in society. Always in search of the different collective subconsciousness her works are all imaginatively illustrated and interpreted in close collaboration with other artists.

Several works has been created in collaboration with visual designer Lars Egegaard Sørensen who for 3 decades has developed original visual scenography, light- and 3D design. With a special sense for flow, dynamic and vivid images they have created riveting perspectives on the human body in the world of today. Together they have presented Transparency, Cast Eyes On, JOURNAL 753, the film Into the woods, Les Bohemians for the opening of the Toulouse-Lautrec exhibition at The National Museum of Arts, sight specific performance for Dies De Dansa in Barcelona as well as the Good, the Bad and You for the Intradance Festival in Moscow.

Lotte Sigh is educated at Rotterdamse Dansacademie, Hogeschool vor Muziek en Theater Rotterdam (NL), at Sport and Biomechanics at The University of Southern Denmark and through Scholarship at Jennifer Muller (New York). Further more she is certified in Gyrotonic® and Gyrokinesis® (New York) and has attended a long line of international workshops. In 2000 she was awarded a scholarship as a dancer and choreographer for the DanceWeb programme at Impulstanz in Vienna. 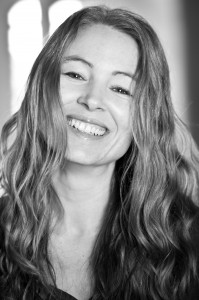